I’m always blown away by what people are able to accomplish with their online business.

Especially when it comes to selling on Amazon.

Seeing the amazing success that people have is what makes Daniel and I so motivated to help the students of our Infinity Code program. 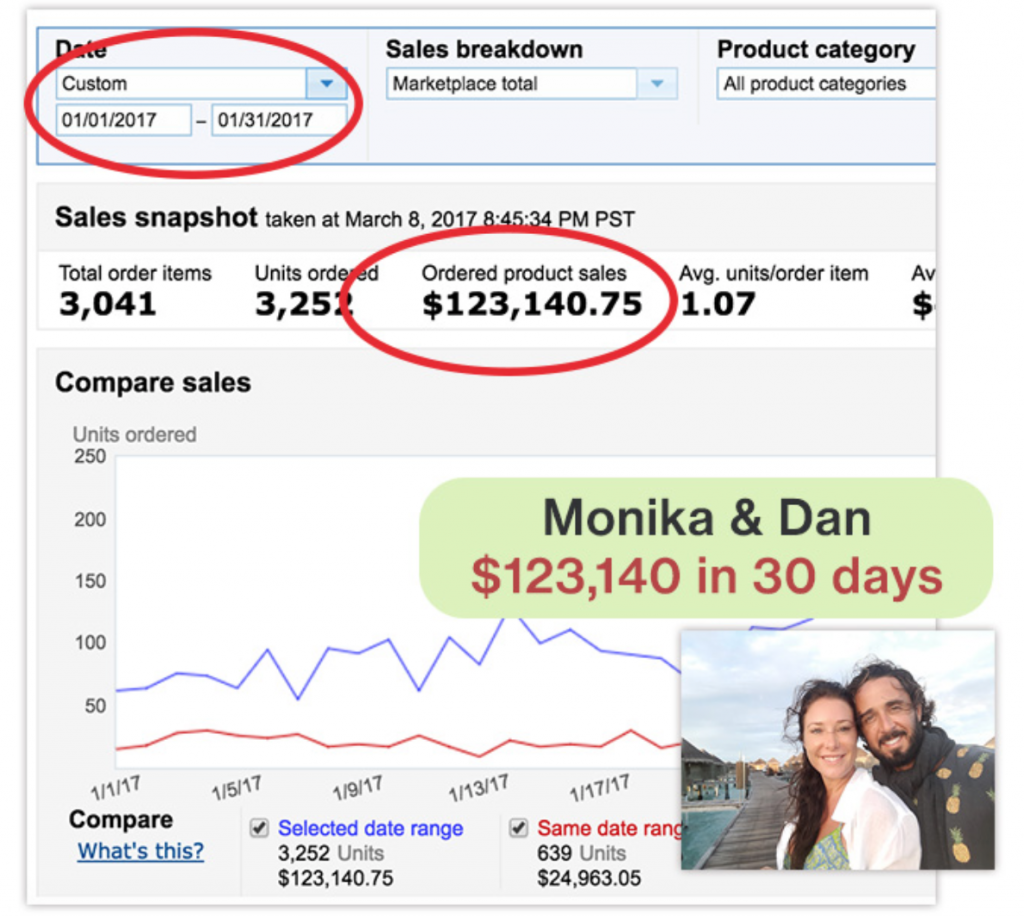 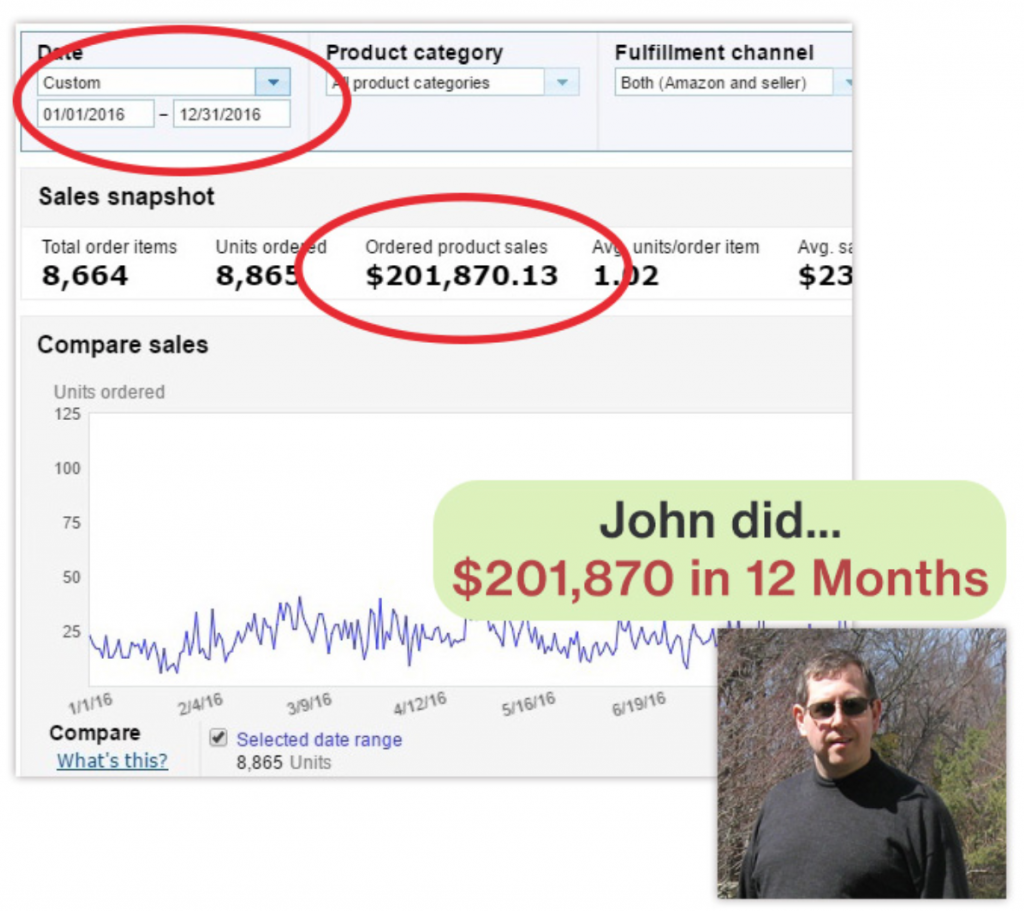 Of course, they worked hard to achieve these results and they continue to do so as the build their Amazon business.

What’s pretty crazy to me though is that people all over the world are having success with Amazon and they do it in a variety ways.

While we specialize in teaching people how to private label products on Amazon…we know this isn’t the only way.

In this article on CNBC, he said: “I was putting in about 10 hours per week and I was making in the ballpark of $1,000 per month,”. Once he was able to make the same kind of money reselling on Amazon as he had made at his accounting job, in September 2013, he quit.”

“I was confident that if I had full-time hours to dedicate to selling online that I would be able to more or less scale that up,” Grant says. Just three months later, in December, he notched $9,000 in profit on over $25,000 in total sales.

Let’s recap for a moment.

Ryan is a smart guy and he did exactly what Daniel and I teach.

[+] After he got proof of concept that this worked he doubled down and decided to quit his job.

The profit number is what’s important as that’s what you keep so let’s focus on that.

90 Days to a Six-Figure Profit Run-Rate…

It literally took Ryan only 90 days to get to a point where he was at a 6-figure run-rate.

However, Ryan didn’t stop there.

Now, this is where things get really interesting and where we see a lot of people make mistakes.

After early success, Ryan knew that he could scale this, however, he also knew that what got him to $9k/month in profit was going to get him to $200k/month.

People often think the same things that get you to six figures will get you to 7 figures or even 8 figures a year.

Sometimes it’s the case but most of the time it’s not.

Here are 3 reasons why…

Reason #1: at first you usually are doing everything yourself. To scale you need help. That’s what Ryan did…he now has a team of 11 helping him grow his business.

Reason #2: when you hire help and you scale you NEED to have your systems and processes in place. This is essential to your success and why Daniel and I always teach people to follow our proven system and leverage ALL of our Key Performance Indicators taught in the Infinity Code.

Reason #3: tracking becomes essential. Especially for someone like Ryan Grant who is doing retail arbitrage. He needs to know his exact profit numbers after everything on each product he sells.  Because he can’t rinse and repeat the same products over and over this is ever changing, but still 100% essential to success.

With private labeling and other ways of selling on Amazon this is easier because the numbers don’t change so much.

That’s why Daniel teaches using KPI’s for your Amazon business in our Infinity Code program. It’s the key to scaling properly and remaining profitable.

Now while I must commend Ryan for his success in selling on Amazon I’m not the biggest fan of his business model of Amazon retail arbitrage.

Why I Think There is a Better Way

There are 2 big things that I don’t love about this model.

#1: I believe the model is flawed because your product line is ever changing. This makes it harder to scale and you can have ‘hot’ products that lead to big spikes in sales/profits but inconsistent months.

#2: It’s a much harder model to scale because it involves someone going to the store to get a product and there are lots of moving pieces vs shipping from the manufacturer direct to the supplier.

That being said I think the model can be a starting point and of course, it can scale, but there is a better way.

However, there is another method that you should know about.

What if I told you there were a group of folks most of which had never sold on Amazon or struggled to sell on Amazon before that took a simple rinse and repeat method to sell over $125,000,000 on Amazon in 12 months.

I know it sounds crazy and maybe even a bit like hype.

Or how about this $3,000,000/year proof from someone who never thought that’d be possible… 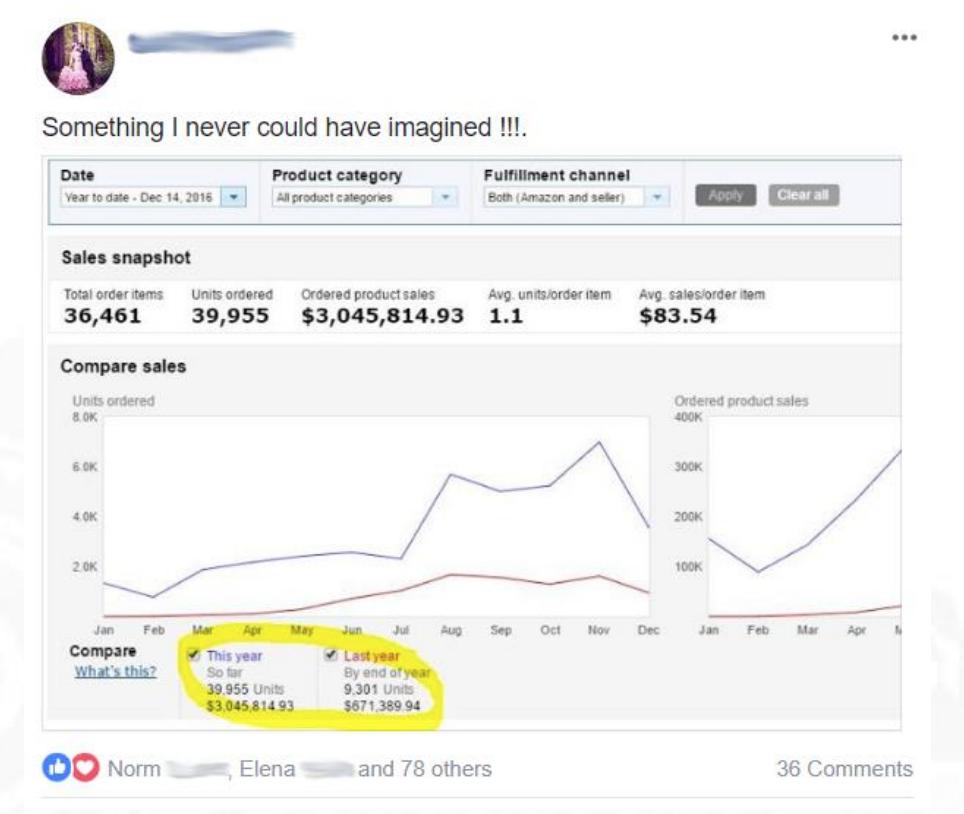 Or Liz who failed at every other way of selling on Amazon yet did $140,000 in a month with this method 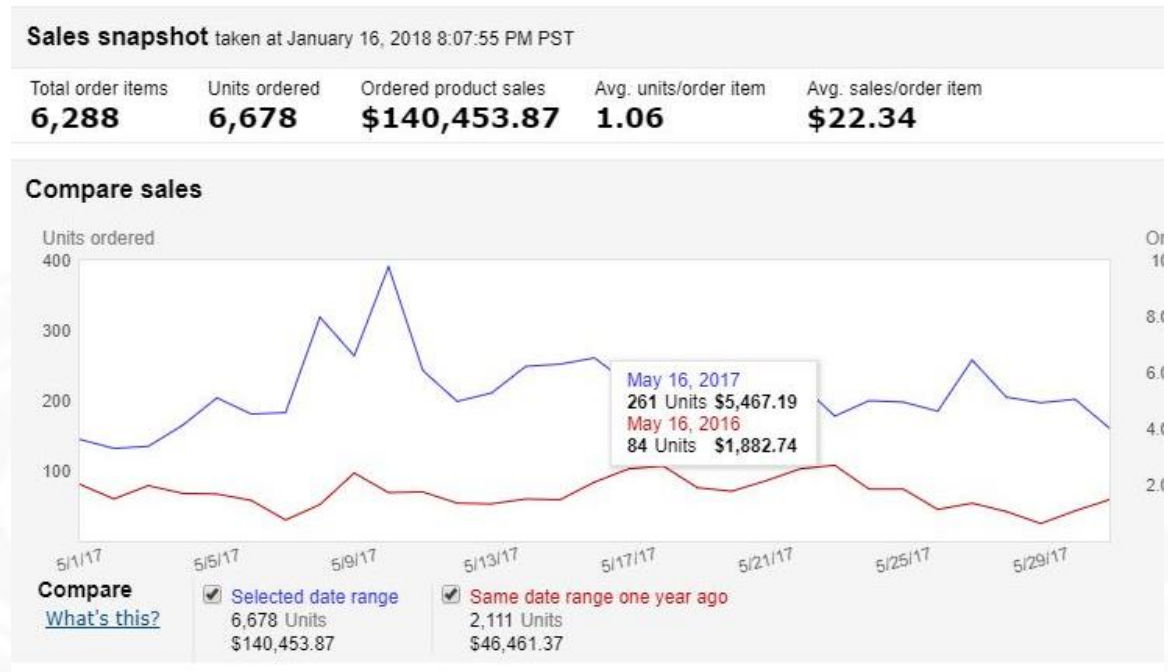 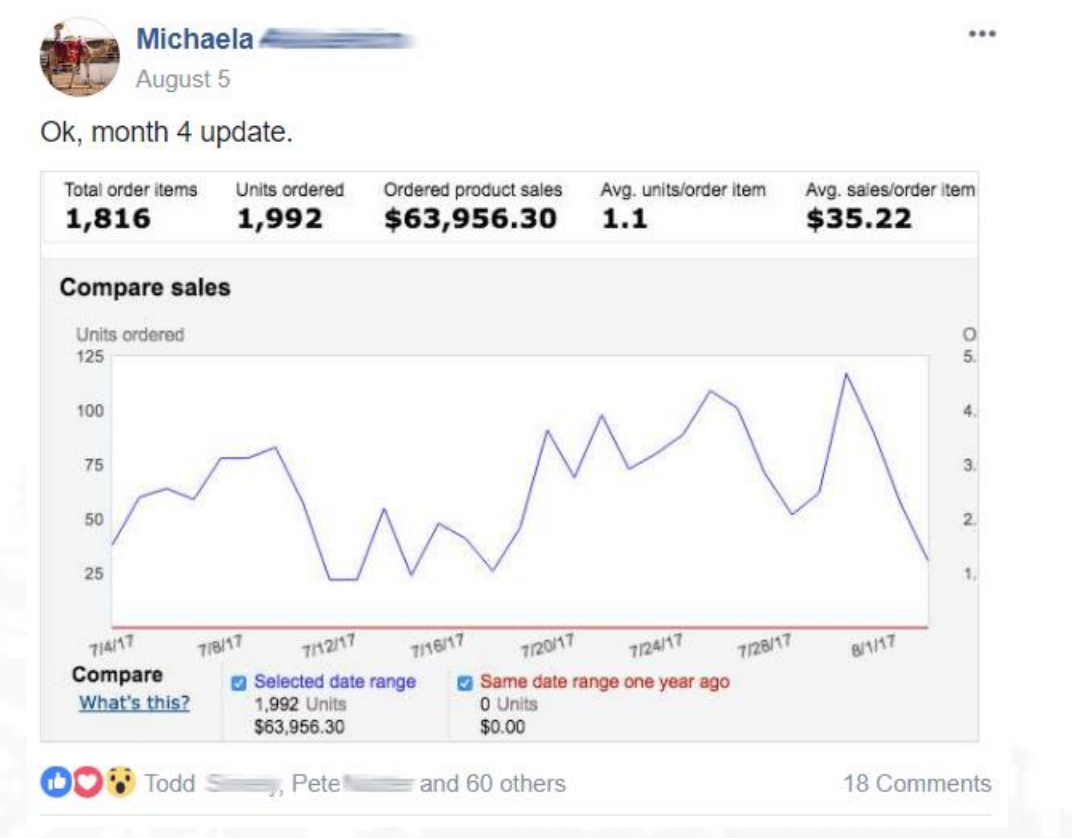 Each one of these folks did it WITHOUT the 3 biggest holdups people have when it comes to selling on Amazon.

[+] No crazy amounts of product research

[+] No optimizing Amazon for organic rankings

So you might be wondering what did they do?

Well, it’s pretty simple actually they followed a simple and proven 7-step process and you can download a mindmap of the whole process right here.

Here’s a preview of what the mindmap looks like… 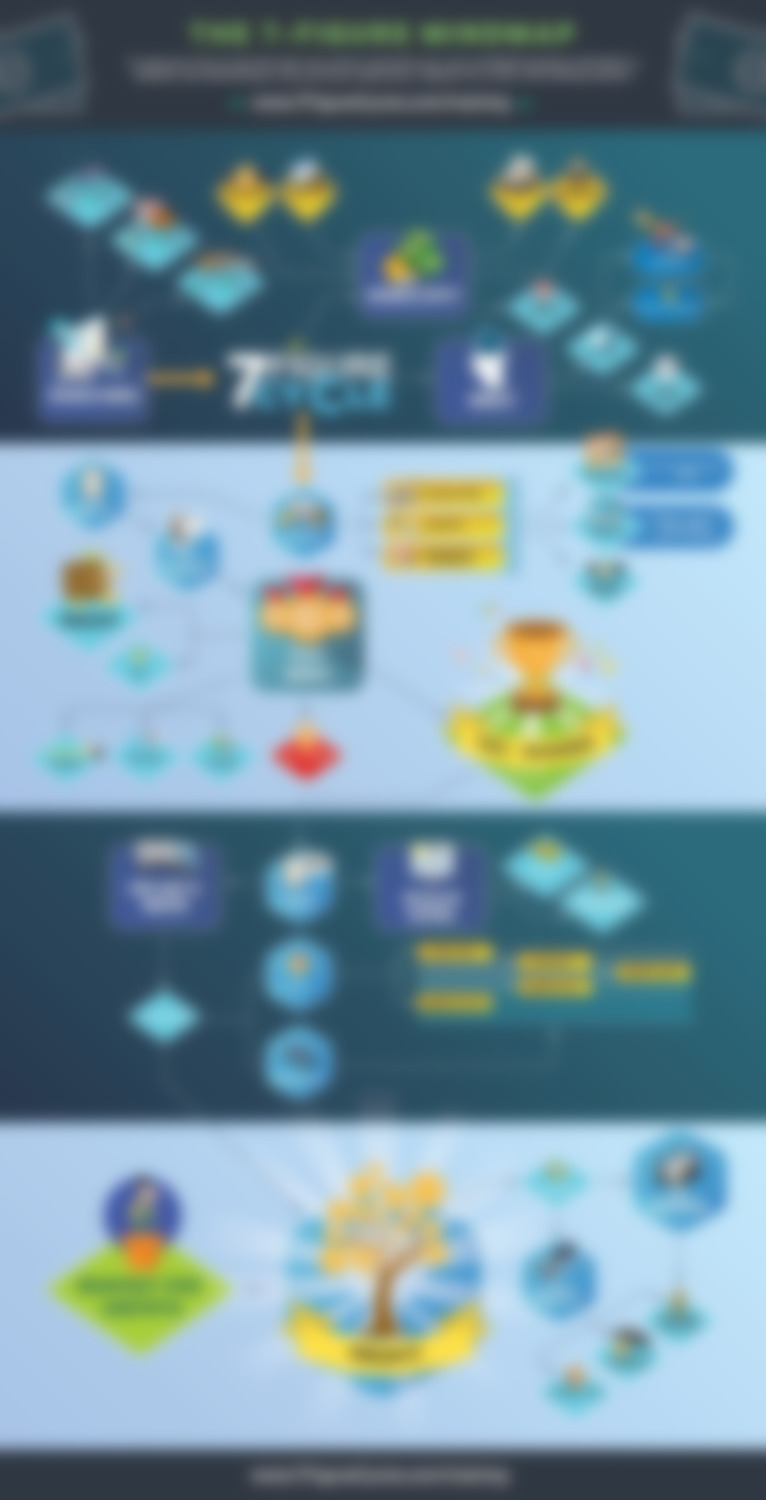 But here’s how to get even faster results.

Some of my close friends are holding a LIVE training class to walk you through the exact 7-step system you see in the mindmap.

This is going to be a life-changing call for a lot of people and I highly recommend you register for the class here.

How can I be so confident?

Simply put these guys know what they are doing and they have the proof to back it up. 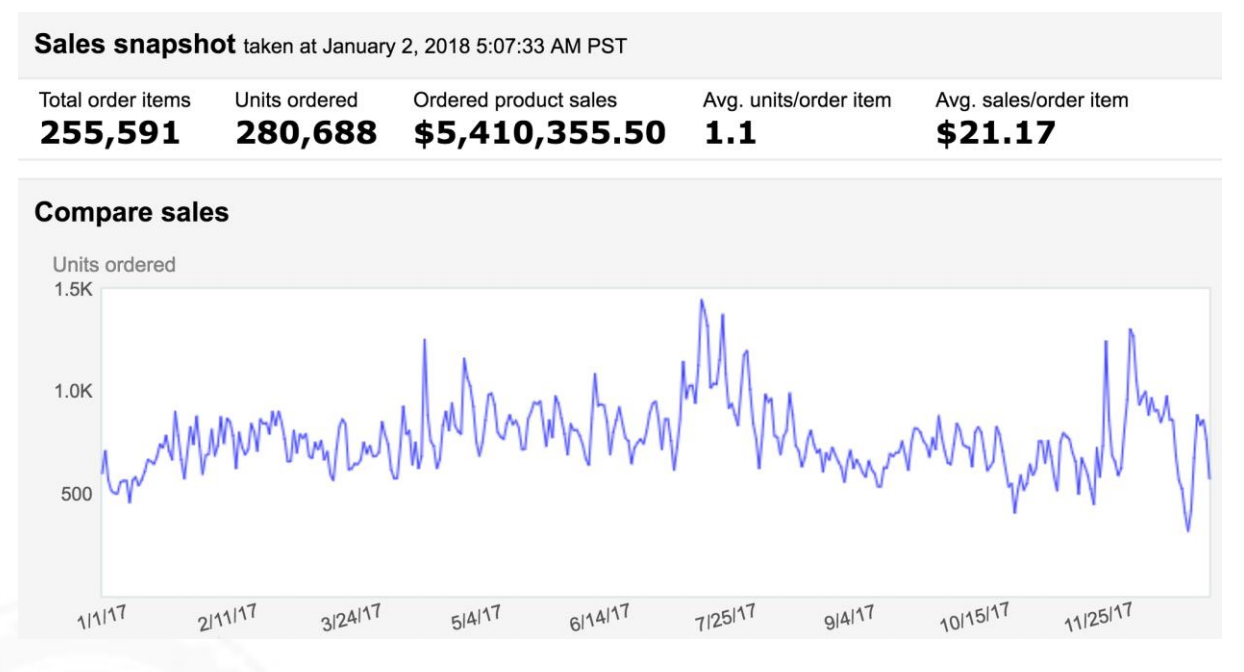 Get Registered for the LIVE Training Class Here

Now on the class, you’ll learn…

Here’s the link to register for the live training class <==